Every so often a country singer decided to make a “country rap” song, and they never fail to be awful.  (The Bellamy Brothers did one that was particularly cringeworthy (YouTube Link).)

But I would argue that Tom T Hall has made legitimate country rap for most of his career.  His songs typically focus more on the rhythm of the words than on a melody, and he has carved out a special niche for himself. 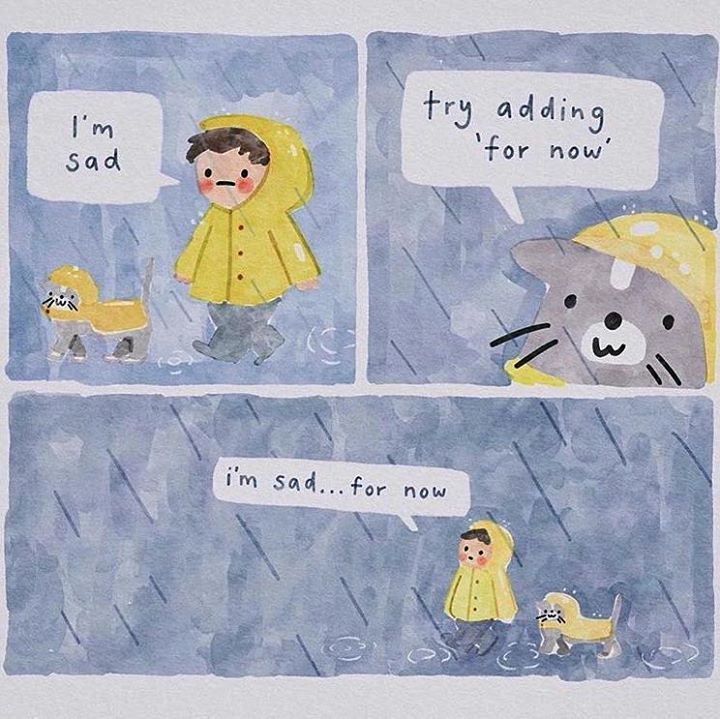 I found an artist’s credit.  It is this person, with the unfortunate handle:  LINK

I’m almost out of cigarettes…

There aren’t a lot of songs that make you feel bad for the cheater.  I like the switch in perspective.

I love it when I find a common link between two (seemingly) very different people:

“Around us, life bursts with miracles, a glass of water, a ray of sunshine, a leaf, a caterpillar, a flower, laughter, raindrops. If you live in awareness, it is easy to see miracles everywhere. Each human being is a multiplicity of miracles. Eyes that see thousands of colours, shapes, and forms; ears that hear a bee flying or a thunderclap; a brain that ponders a speck of dust as easily as the entire cosmos; a heart that beats in rhythm with the heartbeat of all beings. When we are tired and feel discouraged by life’s daily struggles, we may not notice these miracles, but they are always there.”  ~Thich Nhat Hanh

Insane Clown Posse had the same thought, but worded it differently (lyrics NSFW):

Let the Bad Guy win every once in a while…

This was one of the first songs where I really noticed the lyrics.  A dance with no steps, a song with no melody, a story with no moral; it’s about removing boundries and living a life that’s free.

(If you’ve followed this blog a while, you’ve probably seen me post this song before.  I do that every so often.)

From the blog Reyna Writes Things:

The poor cried,
“We are starving. There is no more bread, and we have nothing to eat.”

The rich man said,
“Not my problem you don’t work for your bread,”
as if he did not snatch away the grain by his own greedy hands and create filling bread for his own overflowing mouth.

The poor cried,
“We are dying. There is no more medicine, and we’re all ill.”

The rich man said,
“Not my problem you don’t take care of yourselves,”
as if he did not buy all the medicine and raise prices so high
the gods themselves would not
be able to reach.

The poor people
stopped crying,
and the rich man was satisfied…

Until they came knocking at his door one night;
their faces were sunken,
their flesh decaying,
their eyes sightless.
They were monsters
of the rich man’s
own making.

As they devoured his flesh,
the rich man cried,
“Please, spare me!”

The ravenous zombies said,
“Not our fault
you fattened yourself
for slaughter.” The artist, Marianna Raskin, is on the web HERE. 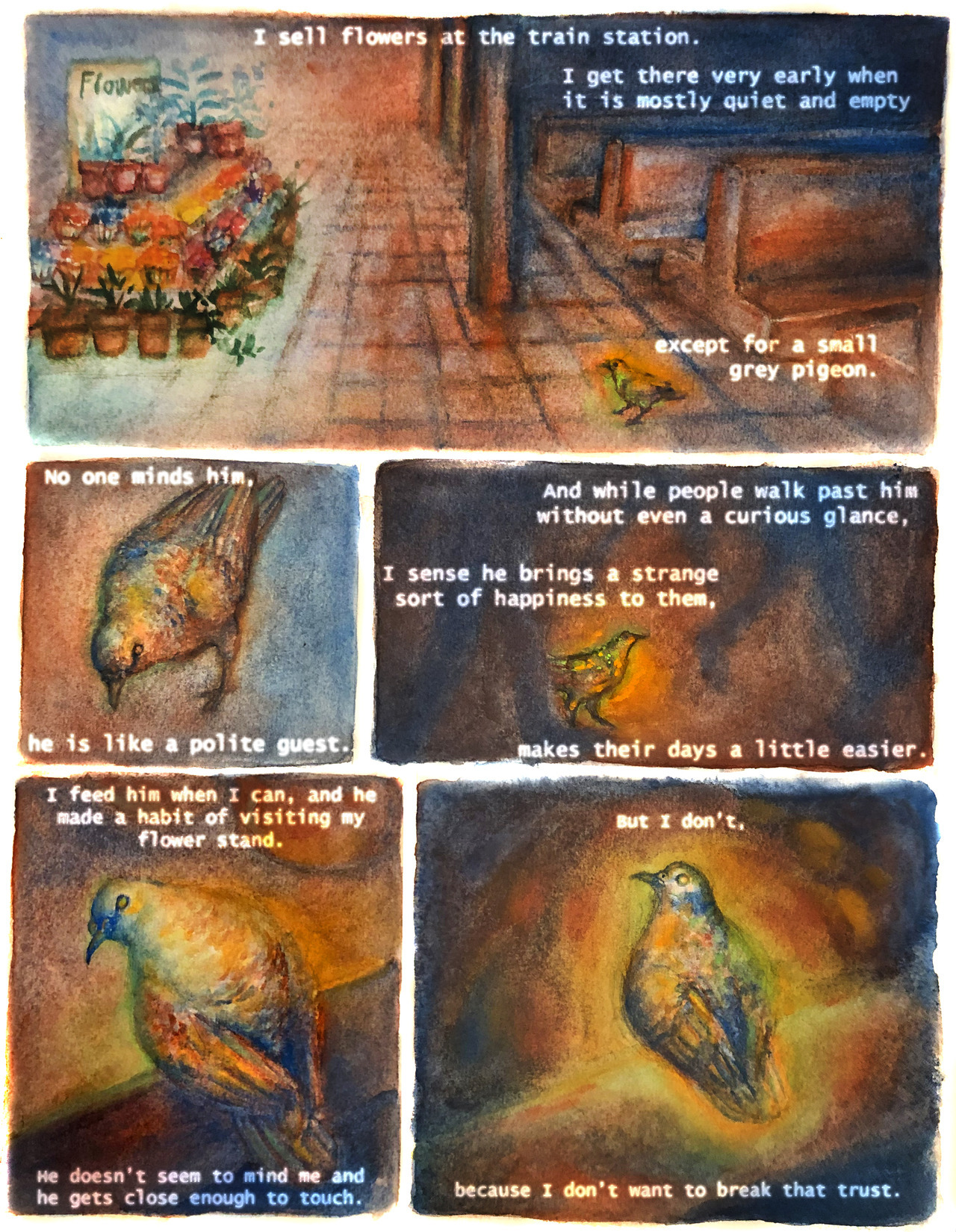 The artist doesn’t share her name, and uses the online handle “Ink.”  You can find her on the web HERE.

I don’t usually participate in “blogger award” Q&As, but this time I did.  It came to me via The Confessions Of A Music And Book Addict:

1.Do you think that aliens exist?

I hope so! The thought that we are all alone in this vast universe is horrifying. Whoever else is out there, I hope they’re nice.

2.Do you believe in ghosts and paranormal stuff?

Yes.  I have seen a few things that defy conventional explanation.

When I was a boy I woke up in the night to find an enormously fat woman sitting cross-legged in the middle of my room staring at me.  She opened her mouth wide, then slowly faded away.  I don’t dismiss this as Just A Dream because, years later, I learned my little brother had seen the same woman.

When I was a younger man I used to suffer from terrible insomnia, and would go for walks in the early hours of the morning.  Once I saw a young boy playing with a dog in the park, dressed in knickers and suspenders like it was 1930.  I took a few steps and realized a small boy should not be out at 2:00 in the morning.  I went back and looked for him, but never found him.  I suppose it could have been my mind playing tricks on me, but it certainly seemed real.

And, when I lived in Houston, I used to regularly find blood in the bathroom sink.  The first time it happened I grabbed my cat Alice and looked all over her for wounds.  She was fine, I was fine.  I have no explanation for where the blood was coming from, but it reappeared dozens of times over the three years I lived there.  That one can’t really be chalked up to sleeplessness.

3.What movie can you watch over and over and not get tired of?

Can I name two?  Harold and Maude, and Waking Life.

4.If you could get a paid three-day break from the hustle and bustle of life, where would you spend your vacation?

My dream vacation would be to visit ancient ruins:  Machu Picchu, Angkor Wat, the pyramids of Mexico.  Entire civilizations rose and fell, and we’re trying to piece together what their lives were like by looking at walls and a few shards of pottery.  It’s humbling.

5.What “old person” things do you do?

Trick question:  I am old.  The first Old Person thing I caught myself doing was making that groan/sigh noise when I got up from a chair, so I make an effort not to do that.

6.What’s the funniest joke you know by heart?

“Two peanuts walked into a bar.  One was assaulted (a salted).”  I like really, really stupid jokes.

7.What’s the most ironic thing you have seen happen?

Whenever America bombs somebody, they say it’s to bring peace to the region.  Then when it doesn’t happen, they blame the people who live there.

8.What goal do you think humanity is not focused enough on achieving?

Equitable distribution of goods and services.

All of the world’s problems have one root cause:  self-centeredness.  There’s enough of everything for everybody– there really is.  There’s a relative handful of money-hoarders that ruin it for everybody else, and far too many people who think that’s okay.

I like RPGs, Role Playing Games.  I cut my teeth on Nethack, lately I’m playing Zorbus.  (They’re both free, if anyone wants to try them.)

10.What would you like to say to your younger self?

11.What is one thing that you love about yourself?

I roll with the flow.  Sometimes there’s a little kicking and screaming, but eventually I get there.

(Instead of tagging people, I’ll just invite anyone who wants to to play along.  Leave a comment if you do, and I’ll link it here.  So far Mona has joined in.)

There are a lot of cheatin’ songs in country music, but this one takes a little different tack.  The steel drum adds interest, too.  It’s just really well done.

I love this photo, because in this moment it’s not the next king of England and a young prince; it’s just grandpa hugging his grandchild.

“An emotion is only an emotion. It’s just a small part of your whole being. You are much more than your emotion. An emotion comes, stays for a while, and goes away, just like a storm. If you’re aware of that, you won’t be afraid of your emotions.” ~Thich Nhat Hanh

I think life gets a little easier as you get older because emotions aren’t such a driving force.

They’re still there, of course, but familiarity gives a certain degree of control.